Introduction The World Robotics Sailing Championship (WRSC) and The International Robotic Sailing Conference (IRSC) is the world largest fully autonomous sailing robot event which is a spinoff competition from the Microtransat challenge, a trans Atlantic race for autonomous sailing robots. The competition is open to wind-powered unmanned surface vehicles up to 4 metres long. The conference provides researchers with the opportunity to present and exchange ideas on their work. The WRSC is intended to promote the development of autonomous wind propelled sailing robots, through a series of short distance races, navigation and autonomy challenges. Many teams who take part in the Microtransat (or who plan to) also attend the WRSC. The accompanying IRSC (International Robotic Sailing Conference) provides researchers working on problems related to autonomous sailing the chance to exchange ideas during a scientific conference. So far the WRSC has been through 12 years. WRSC will be organized in 4 challenges: fleet race, station keeping, area scanning and obstacle avoidance. You need to master robotic navigation, positioning, trajectory planning and other technologies to challenge them. Results • The 11th WRSC and IRSC was held in Sounthampton, UK. As first time participants, our team ZMART won the 3rd place of WRSC 2018 Micro-sailiboat class. • The 12th WRSC and IRSC was held in Ningbo, China. Our team ZMART won the 1st place of WRSC 2019. 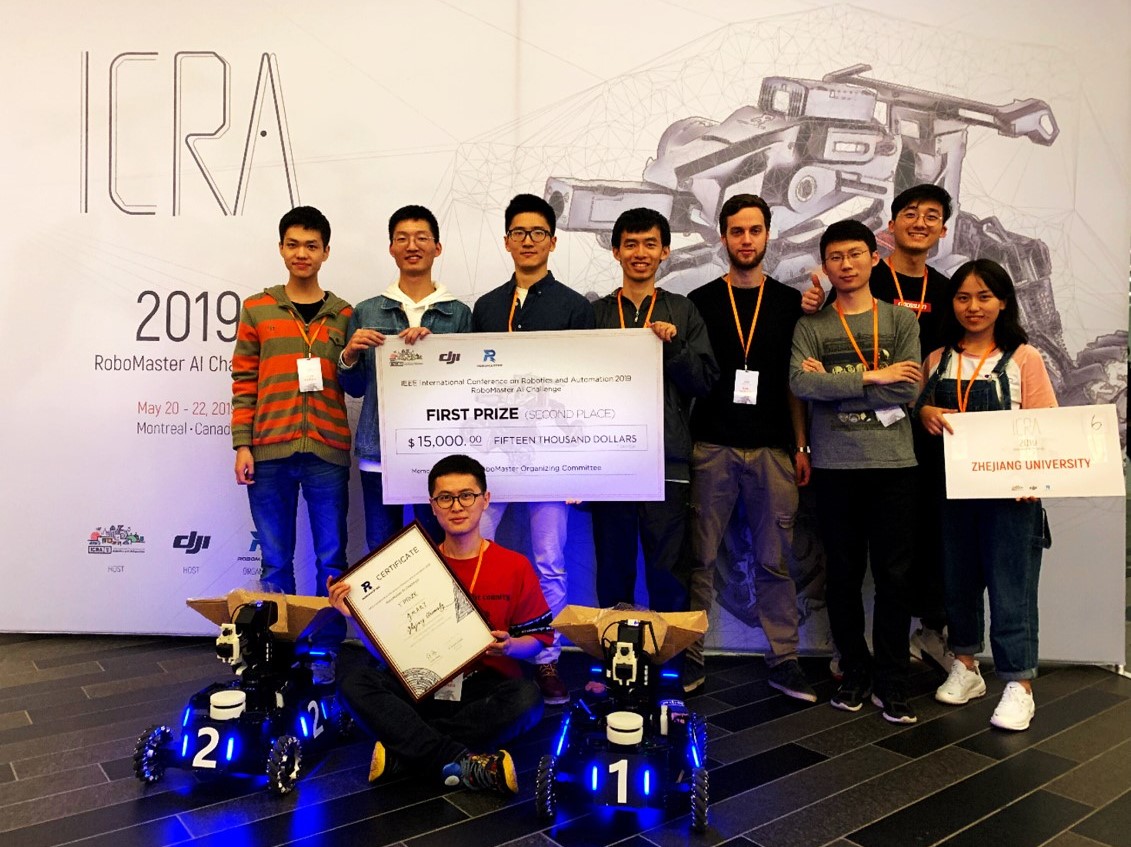 IntroductionICRA’s RoboMaster challenge asks teams to use the same hardware to build one or a pair of these rovers. Instead of human pilots, these rovers must be fully autonomous. The AI challenge asks teams to build rovers that can sense the environment around themselves, navigate an arena, and engage in combat with the opposing team. Rovers will need to move around the battlefield, a five by eight meter space, launching projectiles and trying to avoid incoming hits. At the end of the match, the team that has scored the most hits on their opponents will be declared the winner. The grand prize winner will receive a $20,000 prize.Teams purchase hardware from RoboMaster and code their own autonomous systems. After signing up, teams must submit photos, videos, and documentation that track their progress. Teams that demonstrate their ability to design fully functioning and autonomous rover units will qualify for the competition.Results• Our team, ZMART won the 2nd place of DJI RoboMaster AI Challenge, with $15,000 prize. 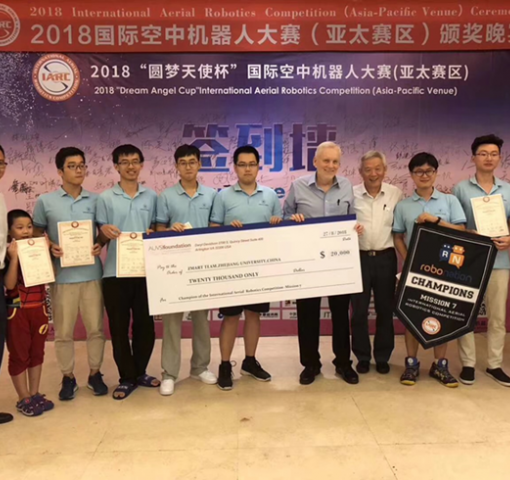 Introduction International Aerial Robot Competition (IARC) was founded in 1991, promoted by Professor Robert from Georgia Institute of Technology, funded by the Association for Unmanned Vehicle Systems International (AUVSI), and held once a year. The tournament so far has been through 27 years, with seven generations of tasks completed, which are all highly intelligent technology competition tasks from automatic to autonomous control. IARC aims to advance UAV technology by setting challenging, practical and meaningful competition tasks. These tasks are almost impossible to accomplish when they are presented, yet the world will benefit when they are ultimately accomplished by aerial robots. Mission 7, “Air Shepherd Dog Action”, requires aerial robots rely entirely on their own indoor navigation and control technology to block and control 10 ground moving objects to designated areas of the competition venue, and to avoid collisions of four moving obstacles of different heights. Results • Our team, ZMART, representing Zhejiang University, won the champion of mission 7 of IARC, and become the seventh world champion after Stanford University, Carnegie Mellon University, Technische Universität Berlin, Georgia Institute of Technology, Massachusetts Institute of Technology and Tsinghua University. ZMART Performance video • ZMART 2017 Trailer – We need you • 2016 IARC Official Results • 2016 IARC Performance Collection – ZMART For more information, please refer to this link.